Bob is the former Chairman of the Board of Trustees for the Virginia Retirement System (VRS), an $85 billion public pension plan which administers a defined benefit plan, a defined contribution plan and a variety of other retirement benefits for over 600,000 state employees. During his tenure Bob led a number of committees of the board including the Audit & Compliance Committee, Administration & Personnel Committee, and Investment Policy Committee.

Previously, Bob was Director of Private Equity with Arthur Andersen’s Transaction Advisory Services Practice where he provided due diligence and other advisory services to some of the largest private equity firms in the nation like Allied Capital, Texas Pacific Group and The Carlyle Group.

Bob is widely regarded as a thought leader in entrepreneurship, finance and diversity & inclusion. He was recognized in The Root 100 list of prominent business leaders and is a frequent speaker for the Sovereign Wealth Fund Institute, Pension Bridge, NMSDC, Robert Toigo Foundation and the Executive Leadership Council.

Contact: rgreene@naicpe.com
Speaking At
NextGen Session #1: The Realities of Entrepreneurship & Picking Your Partners 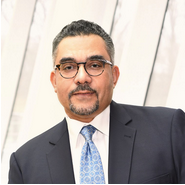